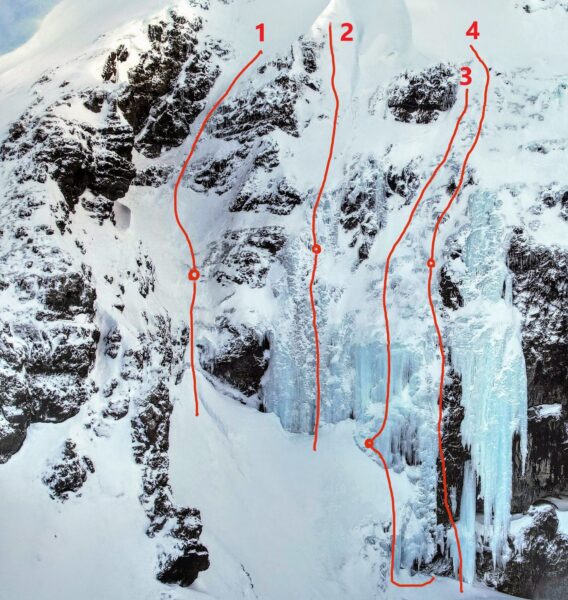 The route starts just to the left of the “Blue route” but begins with a traverse to the left. Then climb a 10m (WI4+) vertical section of ice (which can be coated with a thin layer of snow). After this, traverse again to the left and set up an anchor. This is on a solid ledge and the route “Kiddi” starts there, a bit further to the left.  But instead of heading there traverse back to the right and then straight up a 20m (WI4+) vertical section of good blue ice.  After this section there is about 30m (WI3+) of climbing with alternating ice and snow.  During the first ascent a v-thread in good ice was built underneath the rock outcrop and the route rappelled on two 60m ropes. There was a large cornice of snow above (no ice) and the rock provided psychological shelter.

The name of the route is a reference to the “Blue Route” and the fact that ice had a lighter shade of blue.